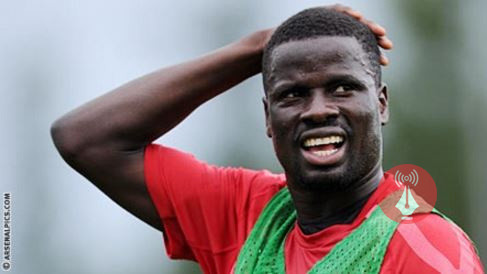 A meeting between Dr. Kwame Kyei, technical team and the playing body saw the business mogul using unprintable words and insults on the players as he told anyone that knows they cannot play for the club to leave.

The catalyst for the meeting came after Kotoko took a shock defeat and early exit out of the MTN FA Cup against lower division side Asokwa Deportivo in Obuasi last Sunday.

However, retired Ivorian and Arsenal star, Emmanuel Eboué has waved into the recent ‘insults’ directed towards the playing and technical team by Dr. Kwame Kyei while indicating that it is something that happens sometimes.

“The president can get angry against the players and the technical team but he can’t sack the players. Never and never because they have a contract with the club. Maybe the president can amend them,” Eboue said in an interview with Kumasi-based Ashh FM.

NDC Pops Up In Massive US$ 5 mil. Military Aircraft Bribery...